I’ve seen quite a lot of talk recently about word counts and what to do if they are exceeded. From the outset I should say that I think in terms of a word budget rather than a word count but more about that later.

There’s a number of things to consider; if you set a word count for an assignment its usually because you think that whatever has been set can be reasonably accounted for in the number of words allowed. I’m not sure if there is any coherent science behind this so if you know of something then please let me know.

So once this has been communicated to your student then its their job to get whatever they have to write into the space you’ve allocated. If they cant do this then they are already self limiting. Someone who writes less than the allotted number is probably not going to answer the question properly or cover all of the elements so therefore will not be able to hoover up the allocated marks, (from that marking scheme you designed and shared in the assignment guidelines). Conversely, someone who writes over the word limit, is probably using a “scatter gun” approach or has crammed in all they know and hasn’t addressed the topic concisely. Again this person is self limiting.

I use the traditional +/- 10% rule here to guide me but I don’t apply penalties. Why? Because as I’ve said they are already self limiting and in effect penalising themselves by being poor writers. So adding a penalty in effect adds a second layer of limitation at best or worse introduces punishment. To me this is like “putting the boot in”?

This seems fairly clear cut in the case of the underwriter. Not enough words usually leads to a sketchy answer but where do you draw the line with the overwriter? As a rule of thumb I advise my students and colleagues that I go +10% and then stop reading. The remaining overwritten piece can then be annotated as not read because it exceeds the word budget. Like the way Twitter does. Characters beyond the allowed limit are highlighted in red whilst Twitter waits for you to sort it out.

When we argue about this, (and we do as I’m sure you do also), I get frustrated that we are becoming process obsessed. Use a bit of common sense, aka professional judgement and have a clearly articulated rationale for your decisions. But above all, make a decision; don’t let your students think that you have become the Vicomte de Valmont as you languorously proclaim that, “it’s beyond my control!”

So what about word budget? It may well be semantic but I encourage my students to think of this in terms of a word budget that has been allocated to them. They are allowed to “spend” 3000 words, (or whatever), and as soon as they start writing, that number is tumbling down. When it’s gone it’s gone

I am a lecturer in Nursing at Ulster. I've been a nurse since 1987 and have been an educator since 2001. I am course director for our healthcare education programme and pathway lead for advanced nursing practice in children's nursing. I am a Senior Fellow of the Higher Education Academy and I'm currently completing an EdD. View all posts by bmglearning 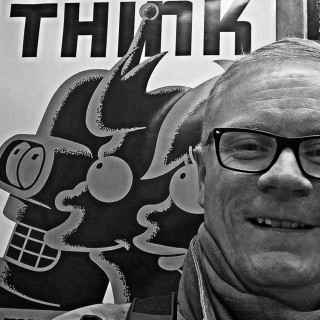 I am a lecturer in Nursing at Ulster. I've been a nurse since 1987 and have been an educator since 2001. I am course director for our healthcare education programme and pathway lead for advanced nursing practice in children's nursing. I am a Senior Fellow of the Higher Education Academy and I'm currently completing an EdD.